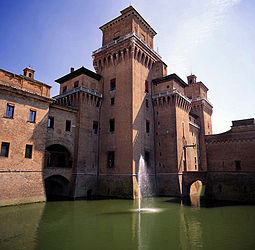 Ferrara is surrounded by the ancient walls, that conserve the atmosphere of its rich past, it  has a lot of cultural sites to see such as  Este Castle, built in 1385 like defence, and then became the court residence; the Schifanoia Palace, the cathedral, the characteristic historical centre achievable through the medieval little streets. 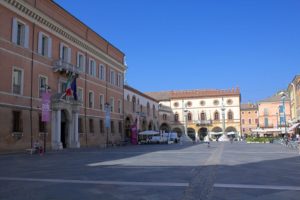 It is one of the most artistic and cultural important city of Italy. Eight of its monuments are UNESCO World Heritage site: San Vitale, the Mausoleo di Galla Placidia, the Baptistery Neoniano, Sant’apollinare Nuovo and in Classe, the Baptistery degli Ariani, the Cappella Arcivescovile and The mausoleo di Teodorico. Here the art of mosaic reaches the highest levels. 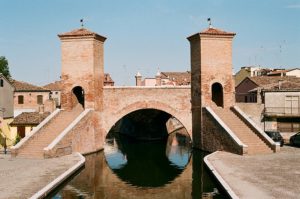 The legend tell us that Comacchio grew up on 13 little isles thanks to the tick and complex network of water canals which crosses the historical center, yet. This makes Comacchio a lagoon city: From Trepponti to the Ponte degli Sbirri, from Pescheria to Bellini Palace, the Nave Romana Museum, until the Cathedral of San Cassiano and Portico of Cappuccini, you can have a suggestive excursion between art and history.

This website uses cookies to improve your experience while you navigate through the website. Out of these, the cookies that are categorized as necessary are stored on your browser as they are essential for the working of basic functionalities of the website. We also use third-party cookies that help us analyze and understand how you use this website. These cookies will be stored in your browser only with your consent. You also have the option to opt-out of these cookies. But opting out of some of these cookies may affect your browsing experience.
Necessary Sempre abilitato
Necessary cookies are absolutely essential for the website to function properly. This category only includes cookies that ensures basic functionalities and security features of the website. These cookies do not store any personal information.
Non-necessary
Any cookies that may not be particularly necessary for the website to function and is used specifically to collect user personal data via analytics, ads, other embedded contents are termed as non-necessary cookies. It is mandatory to procure user consent prior to running these cookies on your website.
ACCETTA E SALVA